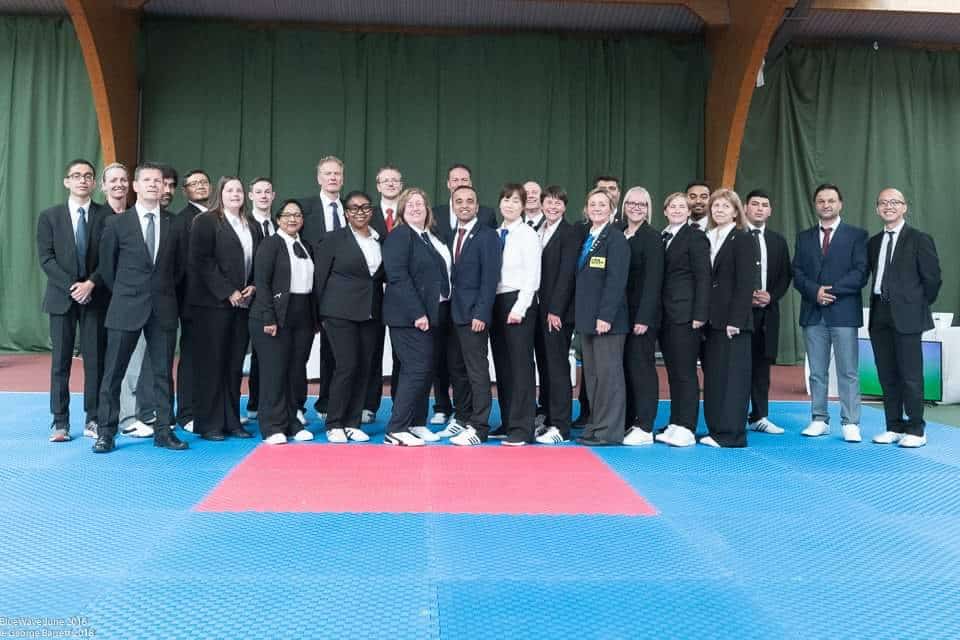 We would like to say a big thank you to everyone who made yesterday’s Bluewave Poomsae Championship a great success.  It was a very busy day with over 400 competitors of all ages and levels of experience.  The standard of performance was high with good spirit, conducted in a friendly and positive atmosphere.  Thank you to our VIPs who attended, Shirley Stapleton representing the Board of British Taekwondo, Amy Sambell representing Basingstoke and Deane Borough Council, Grandmaster Mark Biddlecombe as President of Taekwondo Chungdokwan GB and Master Gemma Biescas as Head Performance Coach for GB Poomsae.  Thank you also to Mar 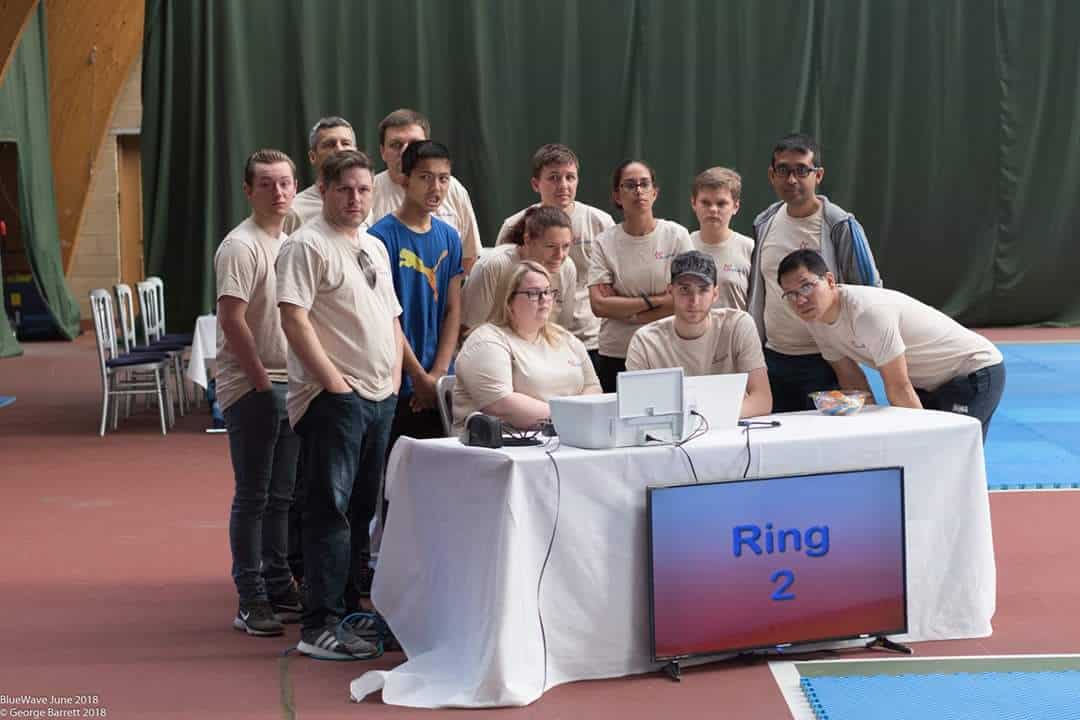 k and Josh from NTC for the mats, scoring equipment and the hardwork (and humour) across the weekend.

Well done to the Bluewave competitors, good to see more out competing and we look forward to build on this for the future.  Congratulations to our medal winners; Gold Master Graham Jones 66+ Dan Male, Gold Jonny Hainsworth U40 Dan Male, Gold Pradeep Lalung K1 2nd Senior Male, Gold Ethan Gore Peewee Para Male and Bronze Hannah Seddon K2 1st Senior Female. There were also many other improved performance for our competitors quite a lot of whom were competing in new and more senior divisions.

As this is Volunteers’ Week we would particularly like to thank the two groups of volunteers who were vital to the success of this tournament.  The referee/judges team under the guidance of Head Judge, Grandmaster David Bailey, who worked incredibly hard across all four courts. Many of the judges were less experienced and stepped up to ensure a good standard throughout a long (and very hot) day.  Grandmaster Bailey made a special award for Referee of the Day to Adam Donley for his dedication leading the team on Court 4.  We would also like to thank the large team of volunteers from Bluewave and other local clubs who assisted with the setup on Saturday, running the tournament on the Sunday and then takedown on the Sunday.  The team worked amazingly hard over the weekend, thank you!!!

Final thank you to all the clubs, instructors, competitors and supporters who attended.  I hope you all had a good day and enjoyed the competition!