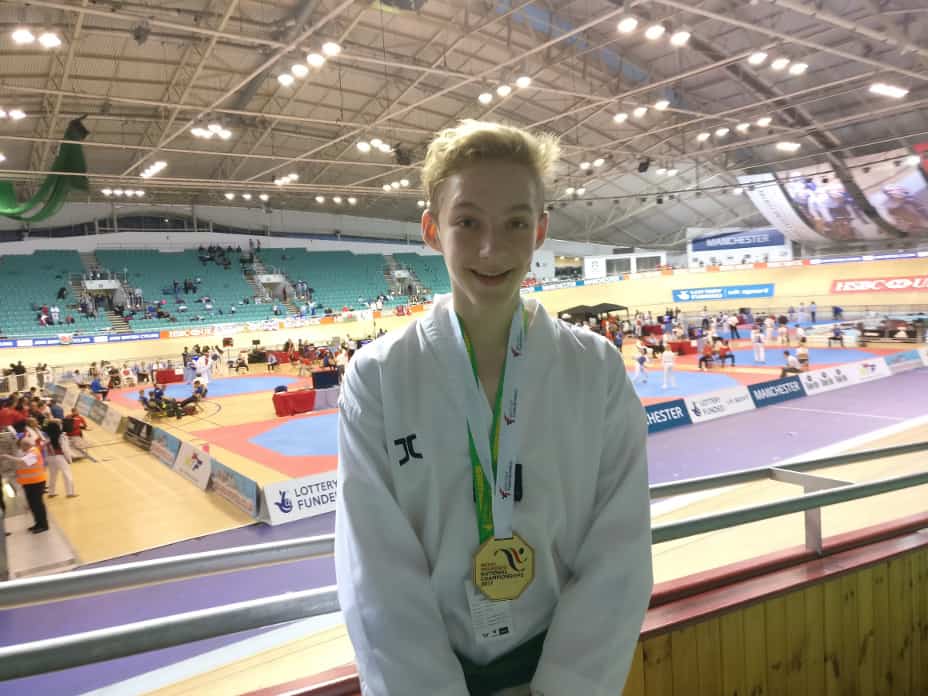 Congratulations to Hayden Corby winning his division at the British Taekwondo National Championships. Long wait to play but great performances in both the semi final and then final.

The Semi Final opened with Hayd playing his usual aggressive start but also some good defence from his opponent, both landing an early head shot. Hayd then finished with a match winning head shot.

The Final was high energy with the first round giving Hayd a 7-0 lead, and then 22-4 at the end of the second.  Hayd went hunting the result early in the third round eventually gaining a 20 point advantage win with a back hook kick.

Short video of his match winning kick in the semi final.