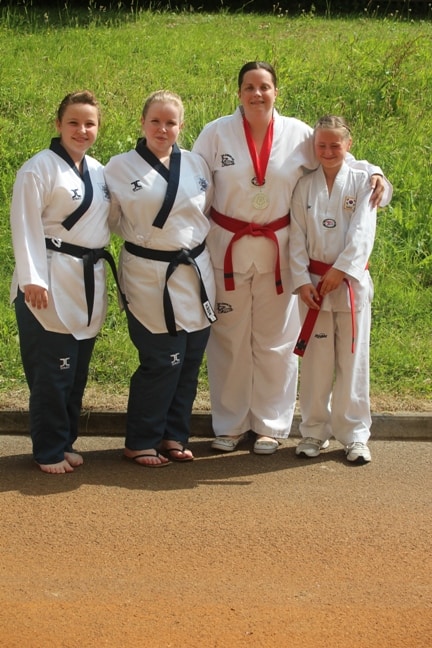 We took both poomsae and sparring teams to the 16th UTF British Open International in Crawley last weekend.

Saturday was poomsae.  Whilst not as large (nor as well organised) as the Northern Ireland Open last month, the standard was very high with many national and international standard players.  All of our team performed well despite the various organisational issues, late running, broken scoring system, etc…

Neo’s performance was outstanding as her’s was a large division.   Very crisp performances of Taegeuk Luk Jang and Taegeuk Pal Jang.   Master Graham Jones, who was the instructor for Southampton University Taekwondo when Lynne and Gerry were kup grades at the City of Southampton Taekwondo Club, was making his first guest appearance for the club. 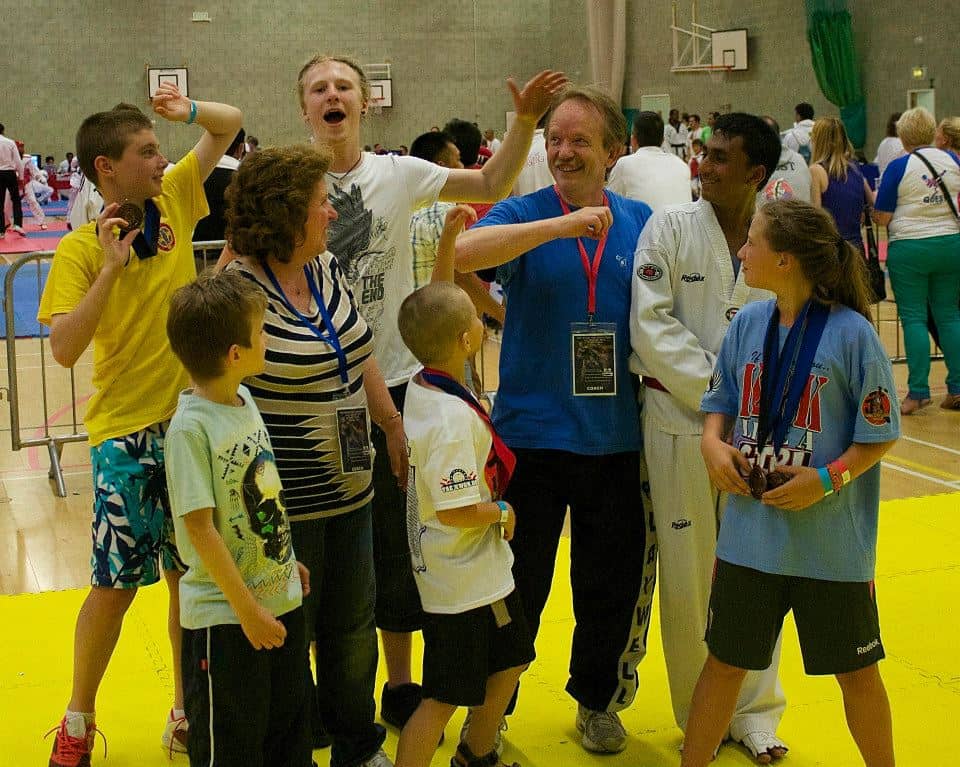 Saturday finished with Neo and Gerry off running in the 30C heat before her 2nd weigh in to get into the -37kg division only to be told that she had already made the weight at 37.0kg exactly!

Sunday it was the turn for the sparring.  The tournament had attracted a huge entry of over 400 players so this was going to be a long hot day!  Unfortunately once again there were a few issues especially because the weigh in was too generous.   All of our players made their weights, some very surprised at how light they had suddenly become!

Two matches stood out. Mujahid was drawn against one of the top UK players in his quarter final.  However he showed real determination in not allowing himself to be intimidated by an international standard player and gave an excellent show, scoring four strong body shots.  It was quite clear that his opponent knew that he had been in a match!  Cullen also stood out.   His first match was affected by the weigh in and he played against a player who should not have been in his division (or indeed the division above), however he still showed gutsy determination.  Following this match a check on the weight of the player was requested prior to proceeding with the next round and this showed that he was significantly over weight for the division.  Cullen was therefore reinstated and played an excellent final against a player from Ultimate.   This was an amazing match going back and forth, which Cullen unfortunately lost by a single point 10-11 but it was one of the most entertaining of the day because the two young players were so evenly matched.

The weekend was the hottest of the year and this made the competition very tough on everyone.   All of our players should be proud of their spirit and performances, whether they medalled or not.   I would also like to thank everyone, both players and their families, who stayed on to support the team in the sweltering conditions.  The support from Team OBTKD really help those competing.