The club took a small group of five players to the Dorset Open on Sunday 24th October.   Three of the team had not played outside of club tournaments before, so this was a step up in level for them.

First up was Alex Stock.   This was Alex’s first tournament at a regional class tournament and he opened the day with a decisive victory in his quarter final.   Alex continued to show great effort and attacking play in his semi final but was beaten by the eventual gold medalist.

Next up was Neo.   Fighting a close semi final, she nicked the matched in the last few seconds, 4-3.    Neo then came out strongly in the final and was never really in trouble and secured a Gold medal with a 5-0 win.   Great performance as this was only Neo’s second tournament since moving up from peewee to cadet.

Amy Stock was the last of our cadets fighting up a class in the Advanced Division.   She played a strong and spirited final going down to an agile and more experienced player.   However Amy continues to show improvement at each tournaments and has lots of potential for the future.

After lunch it was the turn of the over 14s.   Both Holly Flanders and Jamie Cassells played at regional level for the first time.   Holly show good movement and there were several lively exchanges, however she went down in the semi final.  Jamie started by taking a quick lead in his semi final but was eventually pulled back by a strong player with excellent high section kicks.   However great first showing from both of them.

All the players showed great attitude with outstanding spirit.   Great base for the future. 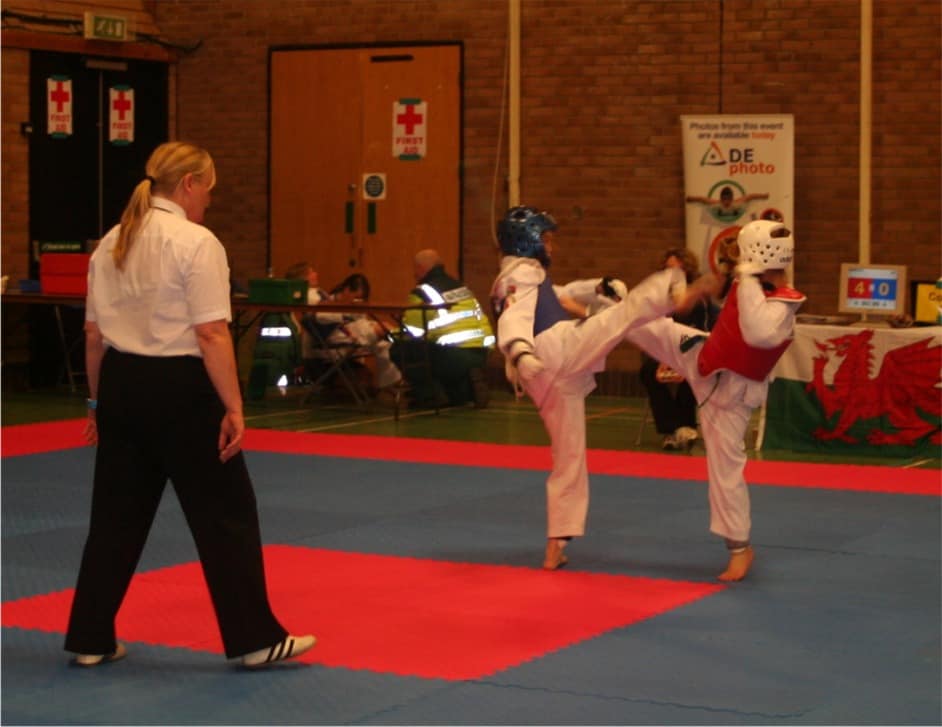 Neo on her way to Gold!