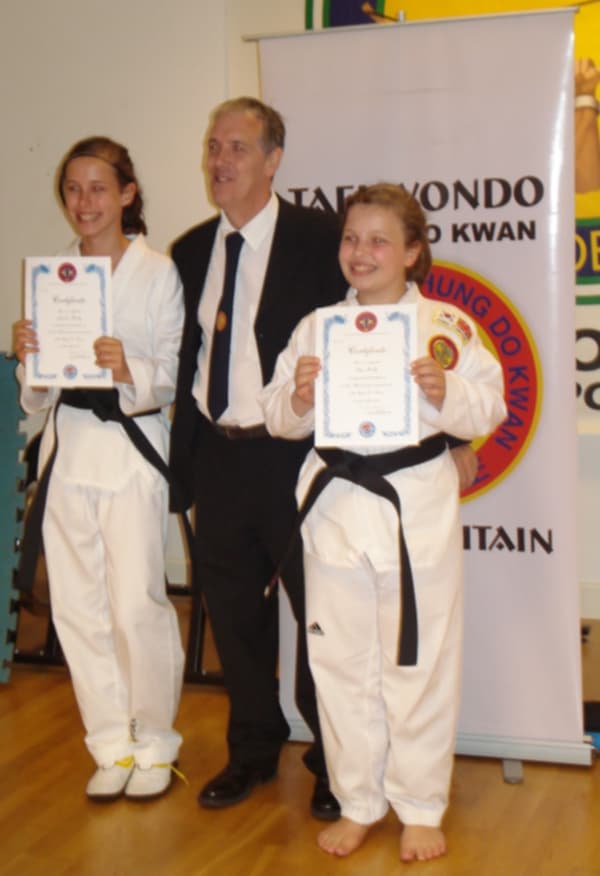 Starting as a 4 year old at the Overton class in 2002, Sian has been a committed student now training 3-4 times a week and regularly competing for the club as a poomsae competitor, including her recent silver medal at the Southern Championships.   This promotion is great recognition of her commitment and dedication to our martial arts and to the club.

The next Dan Grading will be on Sunday 5th December in Southampton.  With a significant number of 1st Kups/Black Tags in the club, we look forward to a number of people joining Sian as a new black belt in 2010.