The annual Southern Championship took place on the weekend of the 15th and 16th of May in Bournemouth.   The poomsae championships was on the Saturday and for the first time was conducted under full World Taekwondo Federation rules and scoring.   The club had three competitors who performed well, demonstrating commitment and spirit in their patterns.   The results were 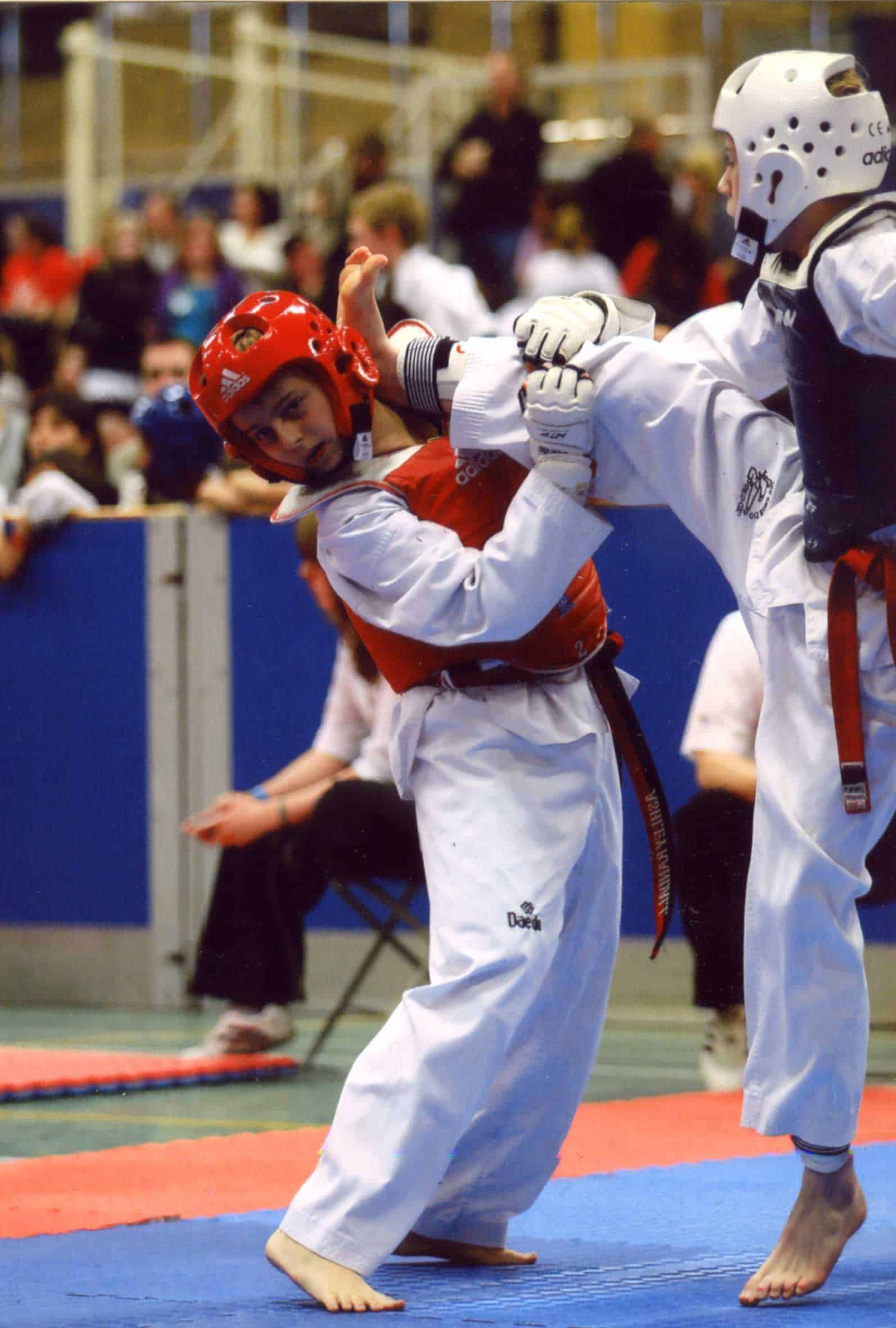 A good set of results despite some significant issues on the day with the running and scoring of the event.

On the Sunday, the competition moved on to sparring.   There was a large tournament (300 competitors) with a high standard.   Again we had three competitors.  First up was Alex Walker who performed brilliantly to decisively win his quarter final – without doubt his best ever match.  Unfortunately Alex then had to withdraw part of the way through his semi-final due to injury.   However he added a bronze medal to the bronze medal from poomsae the day before.   Next up was Neo, into a straight final against a much more seasoned competitor.  However as Neo always does, she fought with tremedous spirit and effort – and should be very proud of her silver medal.   Final competitor was Callum Walker, up against a fast and spirited player from Spitfire Taekwondo Academy.  This was a good match with lots of very quick exchanges, however Callum pulled a lead out towards the end of the first round with clean headshot and the built on this to take the Gold Medal.

Well done to all the OBTKD competitors, and thanks also to Dave Dinsdale who refereed and corner judged at the event.