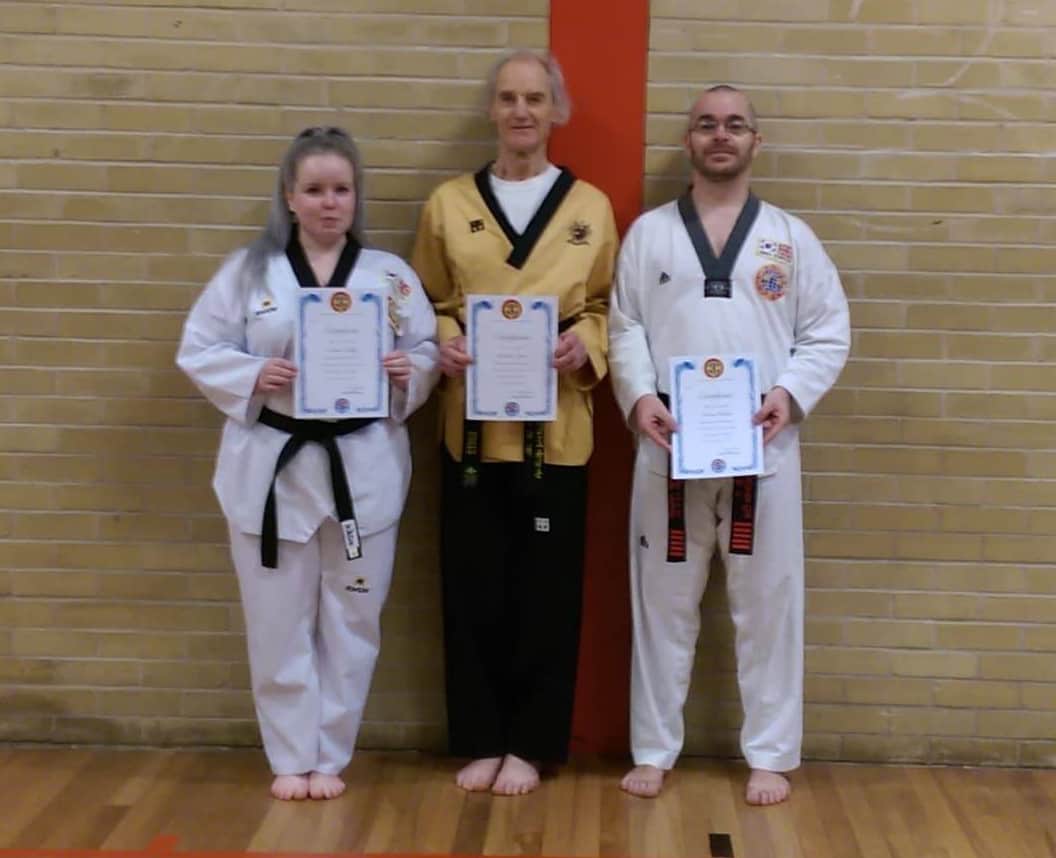 It was a very special day yesterday for Bluewave Korean Martial Arts at the Taekwondo Chungdokwan Great Britain (TCGB) Dan Grading with three members taking senior black belt gradings.
Master Coleen Reilly, who has been a club member since we started 20 year ago, was promoted to 5th Dan. Coleen has made an outstanding contribution to the club over many years and now leads our Monday adult classes and poomsae development.
Master Kevin Hanks who has been with the club since he joined us as a 1st Dan 18 years ago was promoted to 6th Dan. Master Hanks moved to Co. Durham a few years ago but has remained with Bluewave Korean Martial Arts and was back down for preparation for the grading and our recent celebrations.
Last up at the grading was Master Graham Jones. He has been a key Taekwondo Chungdokwan Great Britain (TCGB) instructor and leader for many year and one of Master Gerry Reilly’s and Master Lynne Firth’s instructors. Master Jones joined Bluewave Korean Martial Arts more recently to continue his poomsae competition career in the 66+ division successfully graded to 7th Dan.
Congratulations to all three on these exceptional achievements.