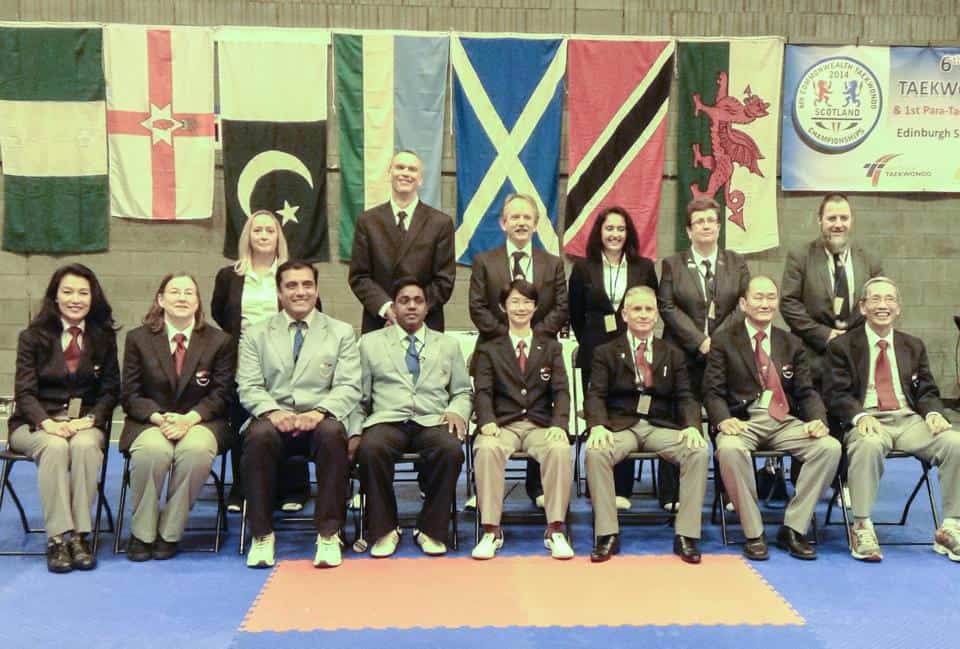 Bluewave proudly had two representatives at the 2014 Commonwealth Taekwondo Championships held in Edinburgh on the 15th and 16th November.

Alex Stock made his England debut playing in the -61kg Cadet Division. Alex came home with a Bronze Medal going out in the semi-finals to Constantinos Mavrommatis from Cyprus who is the Bronze Medalist in the 2014 Cadet World Championship and who went on to take Gold in this weekend’s tournament. Alex took Constantinos to the full three rounds only losing only narrowly on points. This is a great achievement for Alex and tops off a year that has also including becoming National Champion in this division.

I was also proud to be invited to attend as a Poomsae Judge. I judged for two full days and had the pleasure of covering not only the traditional divisions but also Freestyle and the divisions for Para athletes.

The Championships were a great success and a wonderful experience.