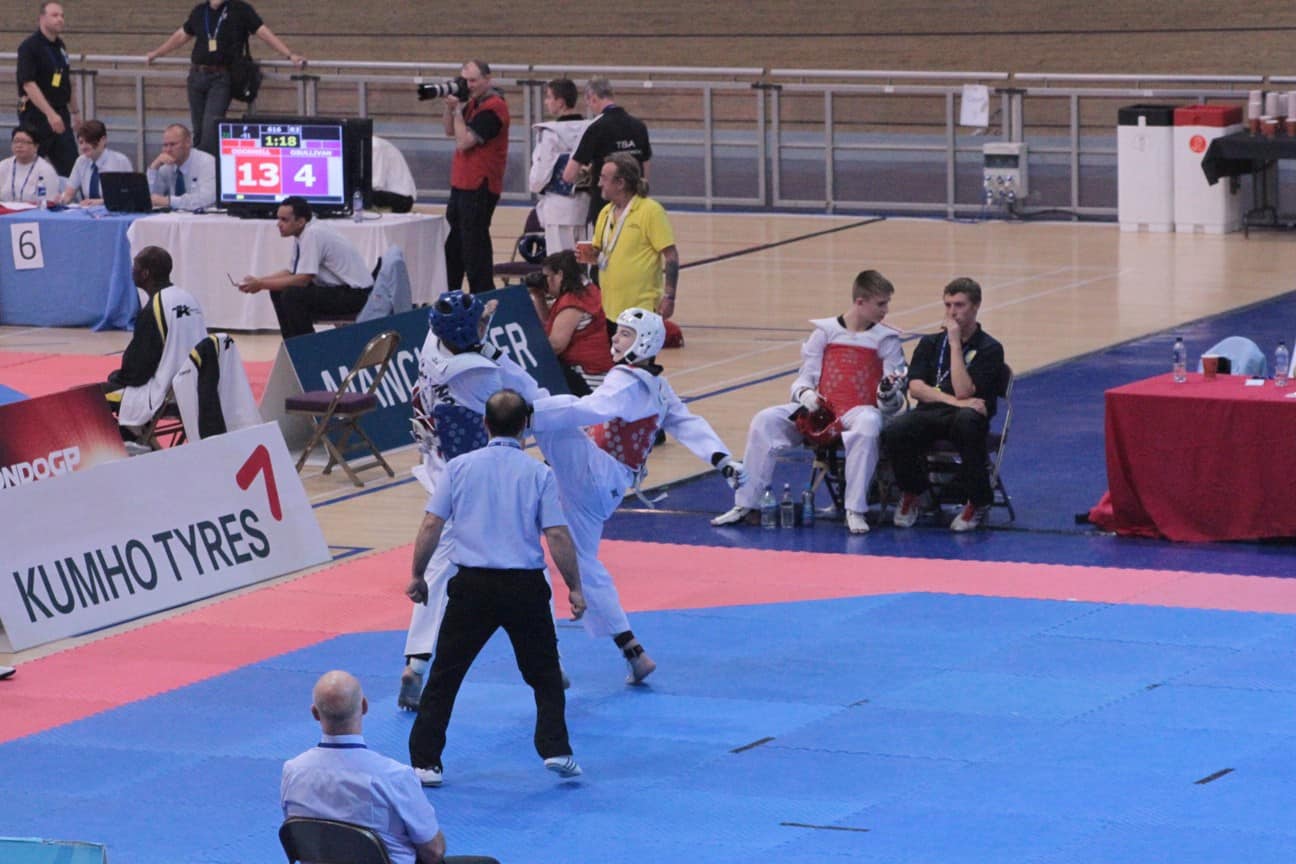 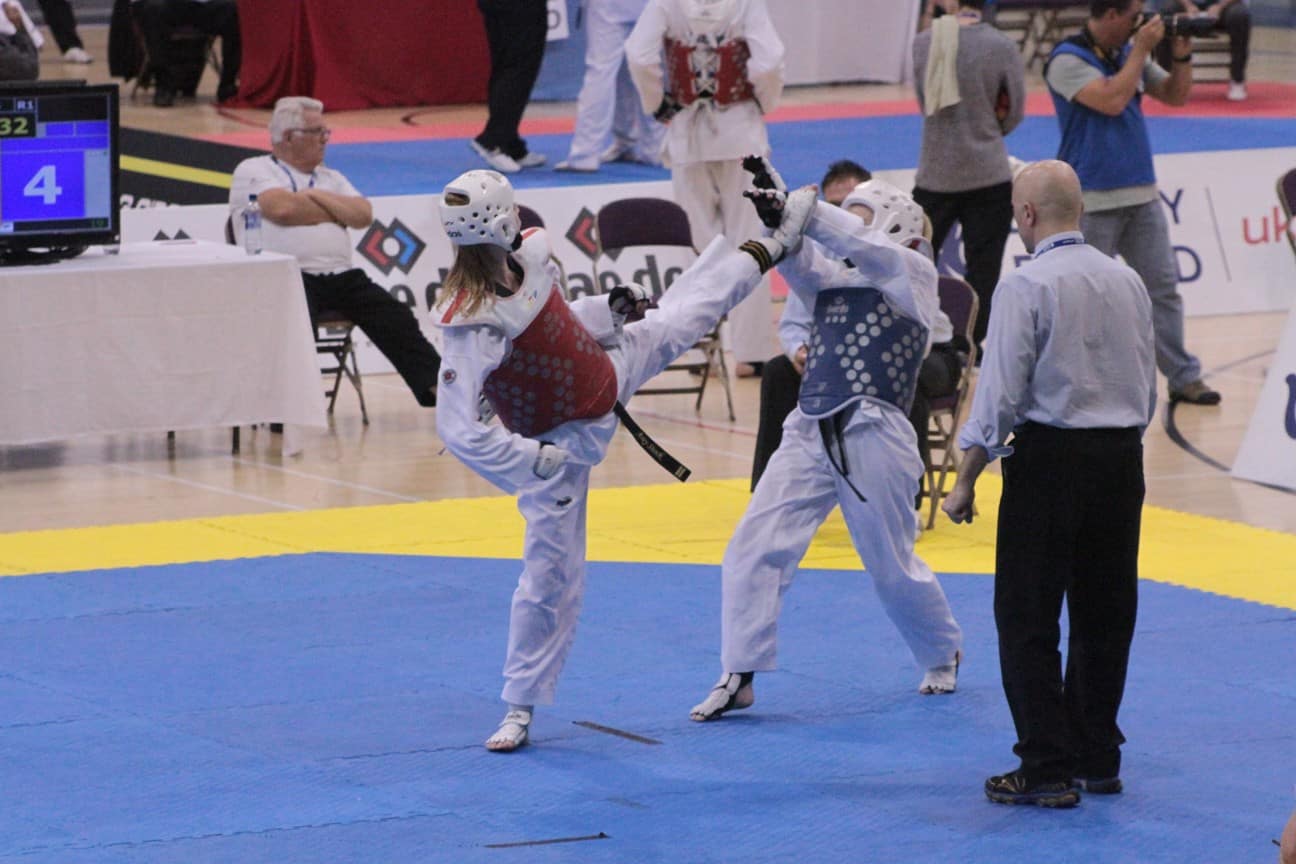 This year’s National Championships was the biggest ever held with 707 competitors attending the event in Manchester over the weekend of the 20th & 21st September.   Bluewave had two competitors this year; brother and sister pair Alex and Amy Stock.  Amy Stock faced a large and tough division which showed the amazing improvement in the number and standard of female players over the last few years.  This was Amy’s first National Championships in sparring and despite her dedicated preparation and effort she went out in the quarter final.  But great to see Amy competing top level in both Sparring and Poomsae.

Having prepared well, Alex came into the event with a real chance of a good result.  The final proved to be a closely matched event.  Alex initially went behind but showed fortitude to fight back to evens and that is the way it continued with each player leading and then being plugged back, however Alex started to edge ahead and gain command of the match but in the end his opponent lost on deductions with Alex having a narror lead on points.  Great job, Alex, National Champion 2014 – Cadet U61 Male.  First club player to win an Advanced / A Class National Title.

So now we starting preparing for next year… Sport Training Sundays 5.00-6.30pm if you want to work towards maybe also winning a National Title.