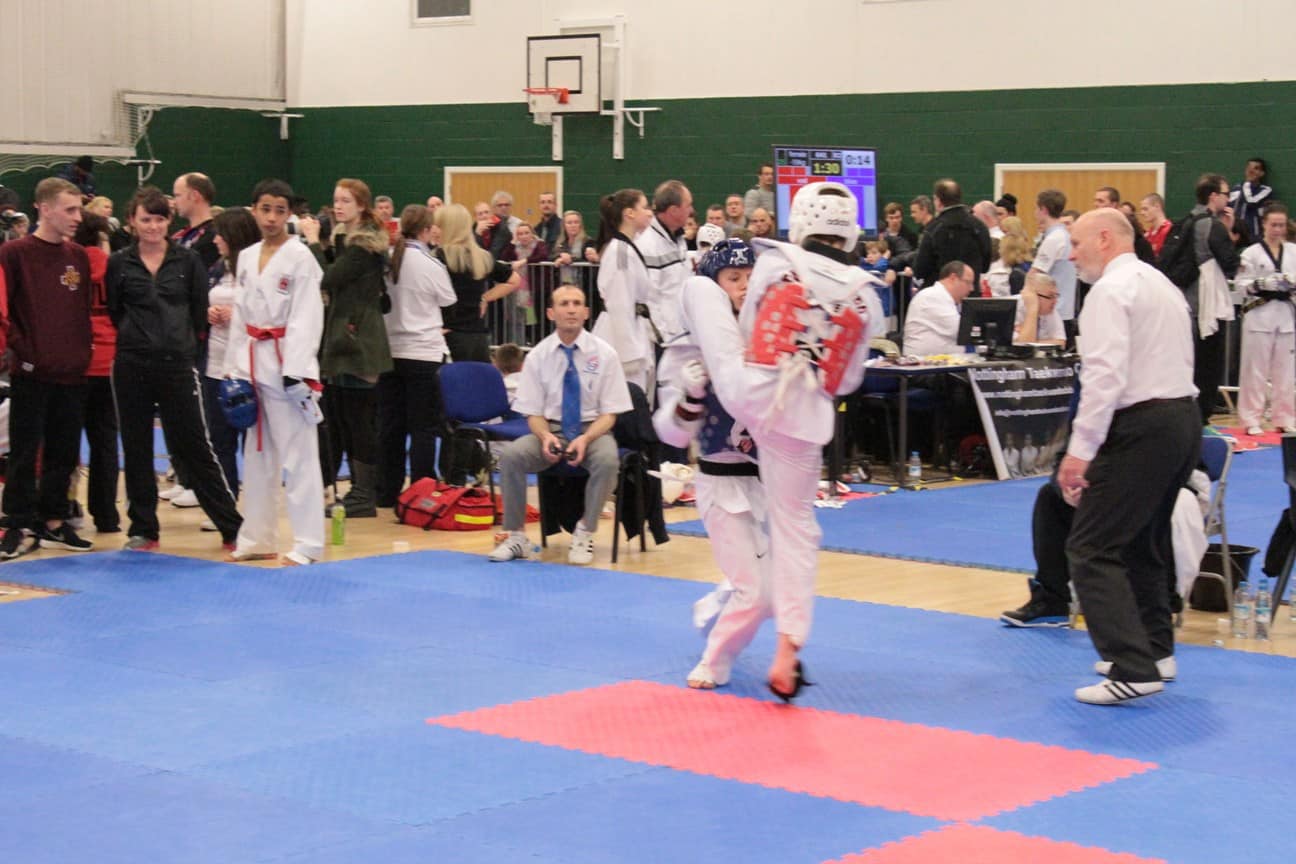 Last weekend’s NTC Championships in Nottingham was as expected of a very high standard and therefore a tough challenge for our competitors who showed excellent spirit.

Saturday was poomsae, with Sian, Amy and Coleen competing in their solo divisions which including many GB squad players.  All three went out in the semi-final round.  However in the syncronised they came together for their best ever overall score of 4.95 from performances of Koryo and Taebaek to take a bronze medal.

Sunday was sparring.   Unfortunately this was a long day due to a late start and technical issues.  Mujahid was first up and gave his usual full on performance to take an early lead in his quarter final but unfortunately his opponent pull back to take the win.  Amy gave a strong performance in her semi-final but went out to the eventual gold medalist, who won the final much more easily than the semi against Amy.  Kamil was most unfortunate taking an injury early in his semi final from an illegal technique was not able to continue.  Neo met one of the best cadet player in European in her final, and despite show a great defence lost to a really impressive showing of Taekwondo.  Our best performance on the day was Alex.  He won his semi final decisively, 13-0.  Then into the final, he went 8-0 behind but then pulled this back with two quick head shot before being narrowly beaten.

As well as our competitors, this was our first outing for our new officials.  Amy judged Poomsae on the Saturday, and the Amy and Sian corner judged the sparring on the Sunday until 7.30pm.   Also thanks to Coleen and Callum who coached the players over the weekend.