We have now received the first part of our 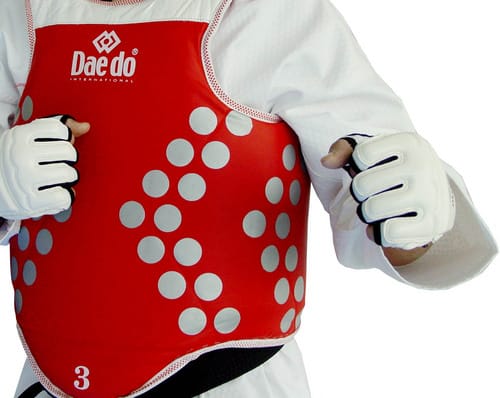 Daedo Electronic Scoring system.   This is the same system as was used for Taekwondo at the Olympics and will be used at Rio 2016.   At the moment we only have the base system and the electronic body protectors with a small number of e-foot sensor socks.   The electronic head guards are currently undergoing a minor update and will be coming soon.   Most tournaments this year will be using electronics for red belt and above players so it is important that our more experienced competitors get plenty of practice.

The system will be demonstrated at the Club Meeting on Saturday 12th January and will have its first outing during the Sport Class on Sunday 13th January.