Five players attended the 1st Doncaster Taekwondo Festival on the 19th and 20th September.  This was a really well organised and excellent standard event.

A 6am start from Essex Road saw us drive to Doncaster for the opening of this new event.   Saturday started off with a 2 hour seminar taken by Sarah Stevenson and Aaron Cook.  This was a fabulous opportunity for the OBTKD players to training with two of the best in the world.  Following the seminar, and then the weigh in, we watched the senior matches which showed Sport Taekwondo played at highest standard with good spirit.

On Sunday it was time for the competition.  Poomsae was first up, with our only poomsae competitor, Sian Reilly, performing really well with Taegeuk Oh Jang and Taegeuk Luk Jang to take a Gold in the children’s 4th-1st Kup division.  An excellent performance.

Following on from the poomsae, it was time for the sparring.  This was a really tough event for the OBTKD players as the matches were open division (no grade split) and the competition had attracted many top clubs.  So the goal for this tournament was to play well and learn – which everyone did.  There was great spirit from all the players and excellent support from the team.   The results achieved were

Neo Botha – Bronze Medal.  Losing in the semi-finals to black belt.  However fought strongly and showed passion!
Alex Walker – Lost out in the quarter finals.  Again showed his passion and was unlucky with some of the scoring.
Jim Rate – Bronze Medal.  Losing in the semi-finals to an excellent black belt player who went on to easily win the division.
Callum Walker – Silver Medal.  Fought an incredibly tough match in the final against an experienced black belt player.  Both player scored body and head shots, with Callum eventually losing out 13-8.  However this was a good match, played at the highest standard but still with the attitude expected from Taekwondo.

Then it was unfortunately time for the long drive home after a great weekend of training and competition.

The 2nd Doncaster Taekwondo Festival has already been confirmed and will definitely be in the club calendar for 2010.

The club’s next focus tournament will be the Dorset Taekwondo Championships on Sunday 25th October. 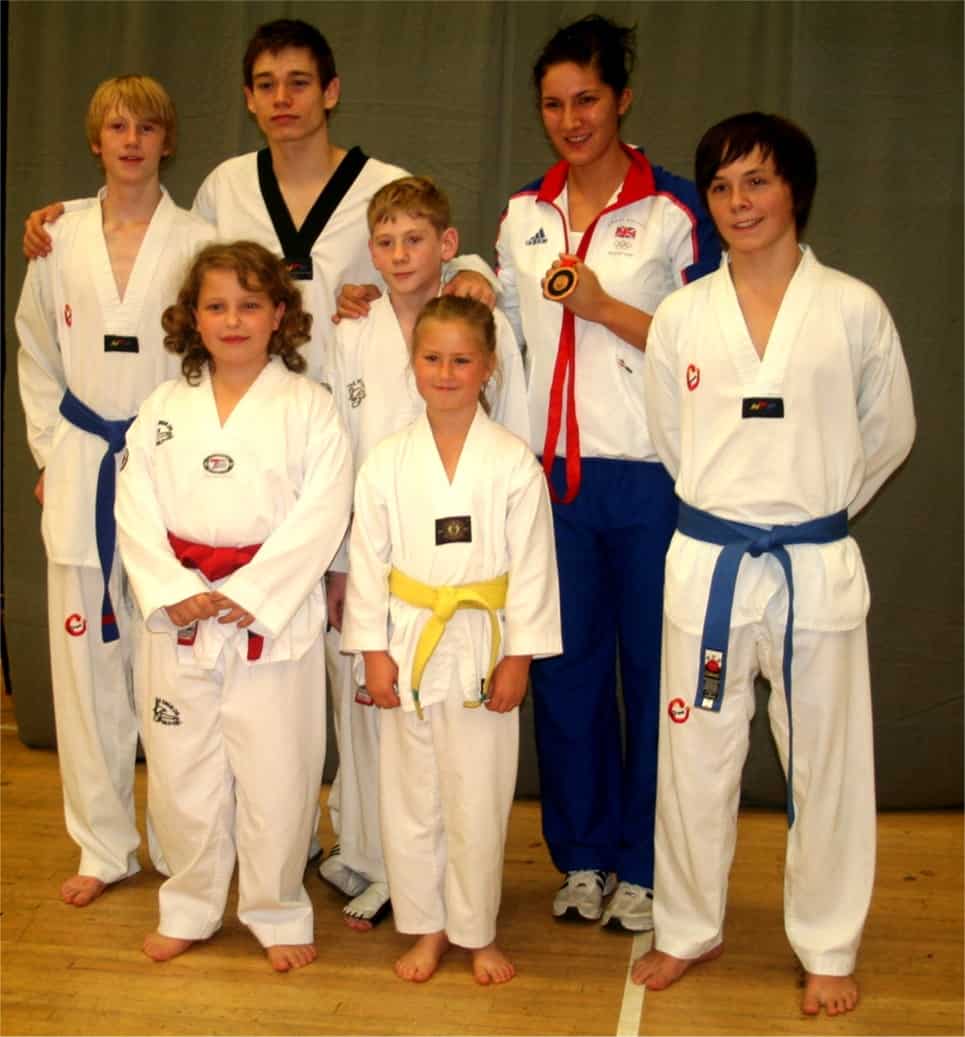 The OBTKD players with Olympians Sarah Stevenson and Aaron Cook.