This weekend the club celebrated its 15th Birthday.   This is an amazing achievement and one everyone who is associated with the club should be proud of.

The club started on the 9t 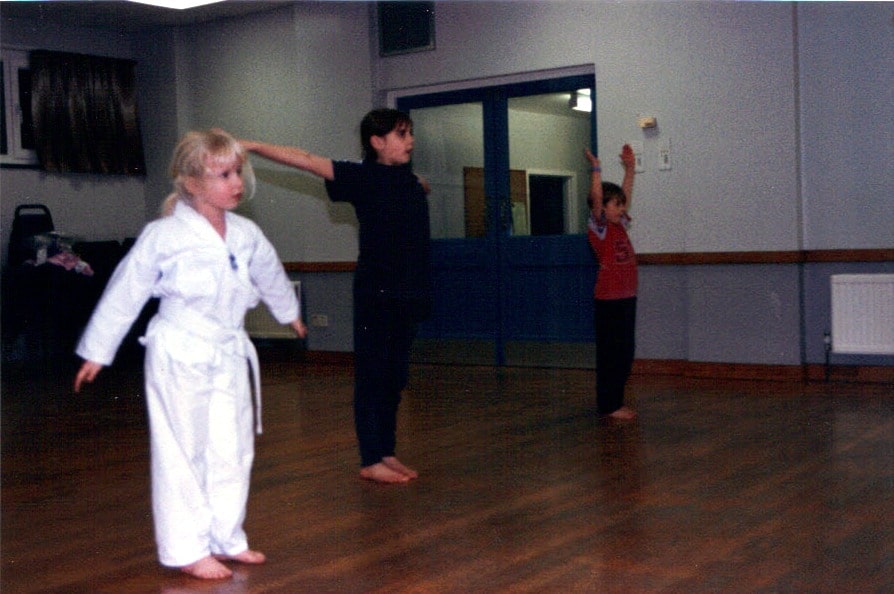 h November training out of the Overton Recreation Centre.   There were three students at that first class; Gemma Hutchins, Sam Hutchins and Coleen Reilly.   The club grew rapidly establishing further classes in Overton and then opening in Basingstoke on the 19th March 1999.

Today the club continues to run classes in Overton as well as at our excellent dedicated facility in Basingstoke, one of if not the best in the South of England, and has grown to over 150 active members with 19 black belts including 8 registered British Taekwondo instructors.   In the last 15 years a total of 766 people have trained with the club and 41 have trained through to black belt.

These achievements were celebrated with a great party at Basingstoke Hockey Club.   Those who came along appeared to have a lot of fun and it was particularly fitting that the organising was led by Coleen who had been there at the first class, who was assisted by Jo, Martine, Sue and Lynne.  It was also a particular pleasure to have Grandmaster Mark Biddlecombe attend who was mine and Lynne’s instructor from our very first class and Master Brian Hussey who trained with us at the City of Southampton Taekwondo Club and who with Master Pat Donnelly provided so much support to the club in the early days.   Lets now look forward to next 15 years!