Great Results from the 2010 TCGB Championships!

With seven competitors for sparring and four for poomsae, the club returned with eight medals, 3 golds, 4 silvers and a bronze – an excellent result from an enthusiastic young group of competitors, some competing for the first time outside of club events.

The gold medalists were

Alex Newman, fighting two tough matches that both went the full two rounds.   Alex showed great spirit and determination.
Kamil Nowak, competing for the first time outside of the club winning a closely fought final between two physically strong pee-wees.
Callum Walker, decisively winning his semi-final 15-0, and then opening the final strongly and quickly establishing a lead but which ended prematurely when his opponent sustained an accidental injury.

Well done to all the club’s competitors.  Great day!

Many thanks also to the club members who assisted at the event and to Dave Dinsdale and Coleen Reilly who officiated for most of the day. 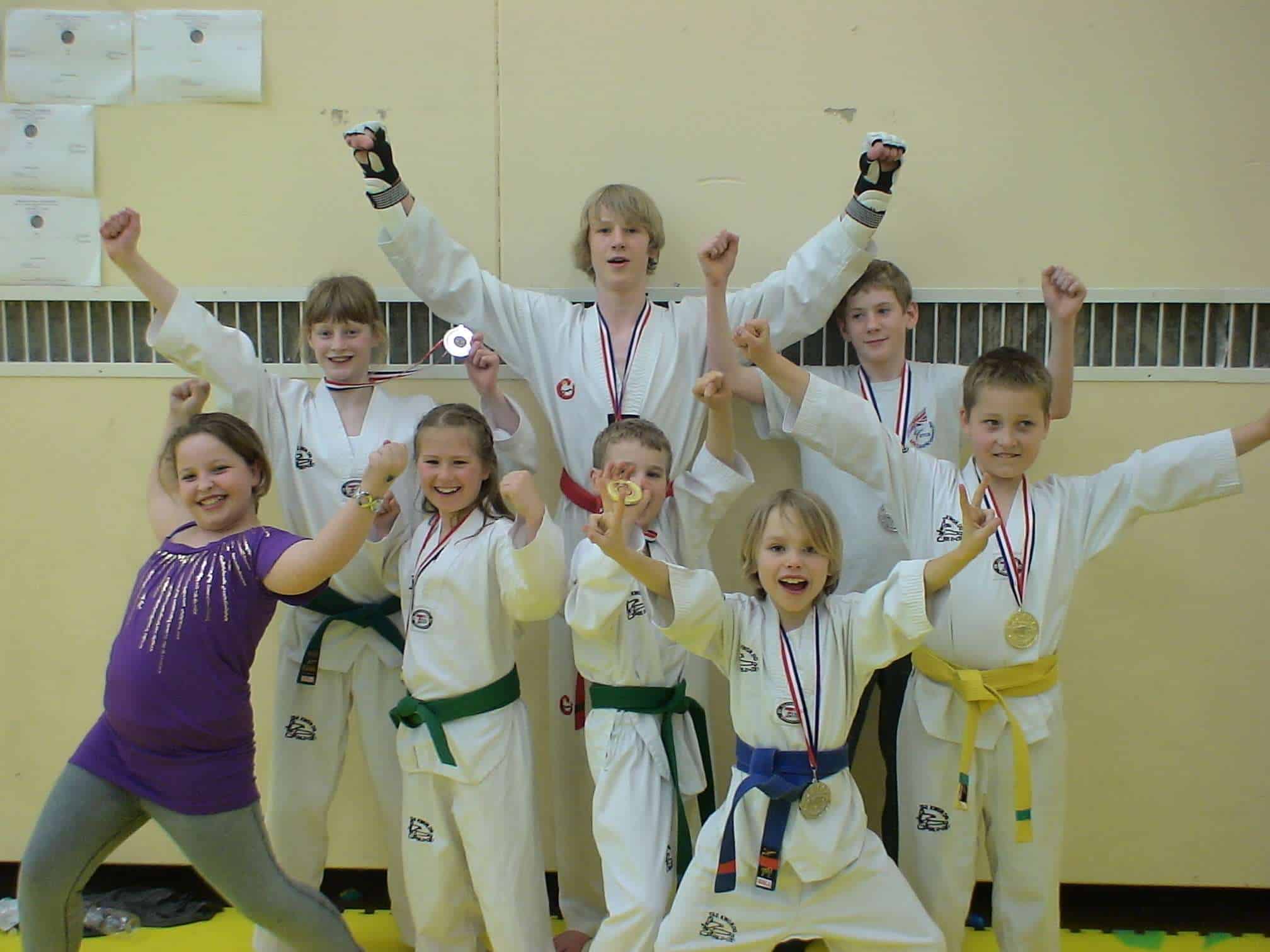